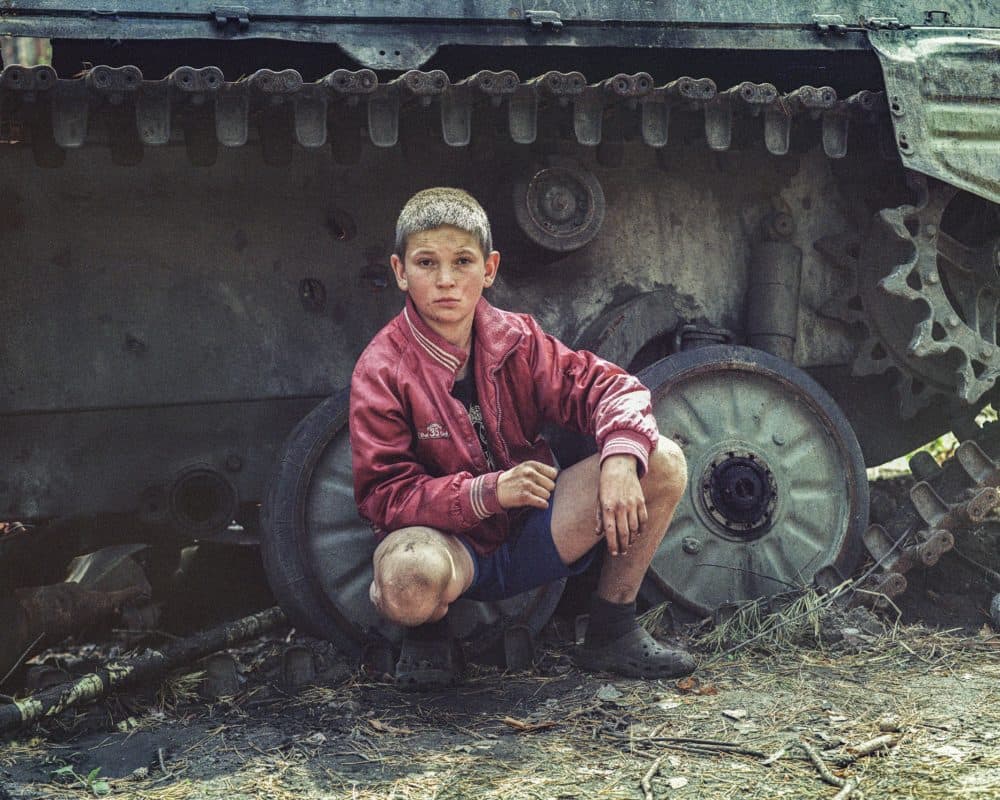 You might remember Mark Neville — the British ex-pat who moved to Ukraine shortly after the 2014 war in Crimea. He says he fell in love with the country, as well as the Ukrainian woman he would soon marry. Since then, he’s used his camera lens to document the lives of Ukrainians, including some of the 2.5 million people displaced by the earlier war.

It was his fear of new war that inspired his first book, “Stop Tanks with Books,” a stunning collection of photographs of Ukrainians. He sent