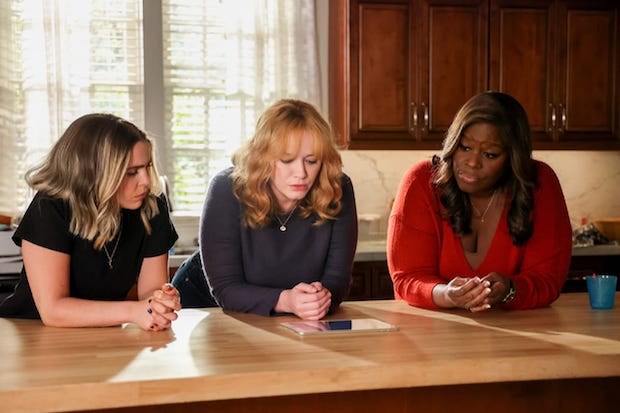 In late May, word began circulating that NBC had unofficially signed off on a plan to renew bubble dramedy Good Girls for a shortened fifth and final season, one that would give fans something that has become increasingly elusive in the broadcast-TV landscape: closure. All three of the series’ leading ladies — Christina Hendricks, Mae Whitman and Retta — agreed to take pay cuts to return for a reduced eight-episode swan song. Production was tentatively set to begin in Spring 2022. It was, for all intents and purposes, a done deal.

And yet, one month later, Good Girls