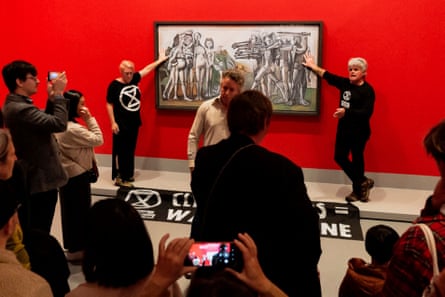 In the midst of a worsening environmental disaster, protests matter more than ever.

The Sunflowers painting, safe behind a perspex sheet, remained entirely unharmed and went back on display the same day.

The stunt followed other art protests, in which activists glued themselves to artworks by Botticelli, Boccioni, Van Gogh and other old