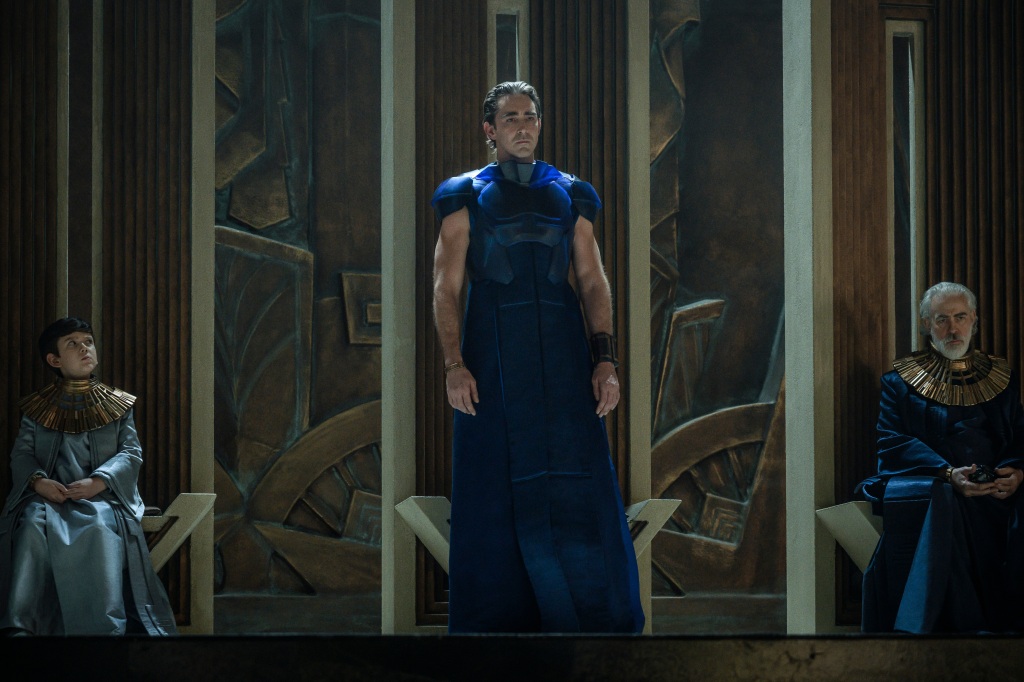 Apple TV Plus released a trailer for and some new images from its upcoming adaptation of Isaac Asimov’s “Foundation.”

Asimov’s stories were first published in the 1940s as short stories and later (in the 1950s) turned into a trilogy. But in 1981 he returned to the world, adding both sequels and prequels. Now, the saga gets a new life as dramatic television, the first season of which premieres on Sept. 24 with its first two (of 10) episodes and then drops a new episode weekly on Fridays up to and including Nov. 19.

The story follows a band of exiles