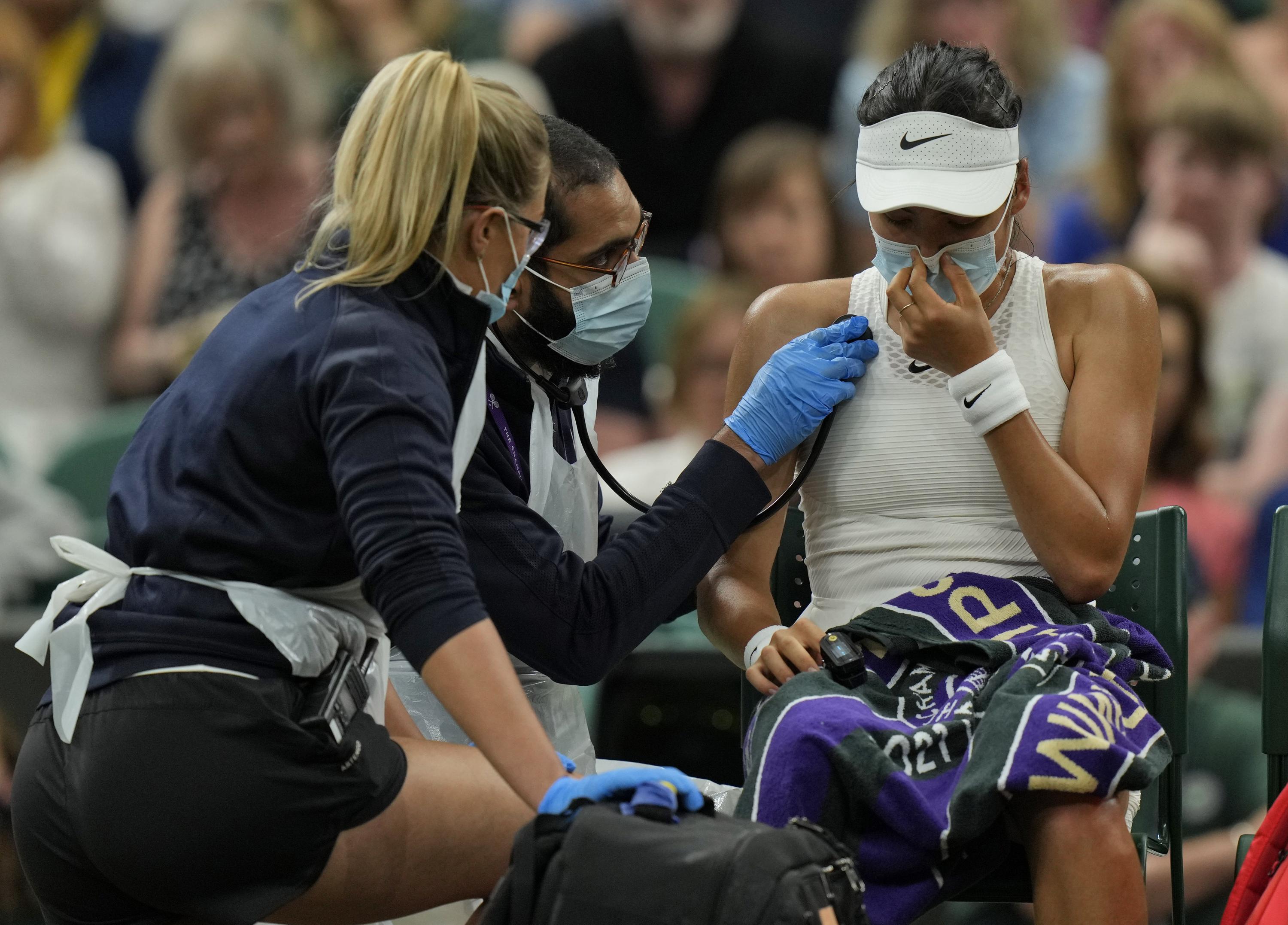 McEnroe, a seven-time Grand Slam singles champion, appears as an analyst on the host country’s television coverage at the All England Club.

The 18-year-old Raducanu stopped playing while trailing in the second set of her fourth-round match against Ajla Tomljanovic on Monday night. Raducanu was visited by a trainer, then left the court for a medical timeout. Eventually, the chair umpire announced the 338th-ranked Raducanu would not continue because of a