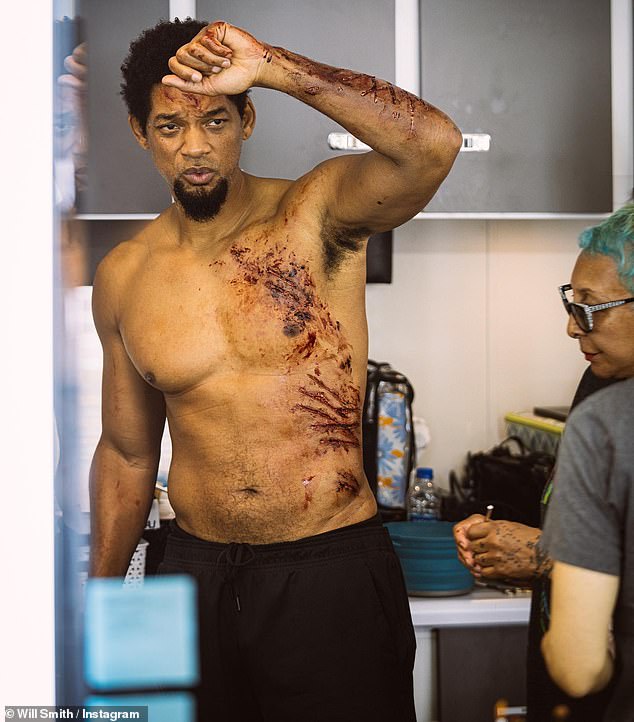 Will Smith shared a new shirtless snap onto Instagram earlier Friday to give fans a behind-the-scenes glimpse of the ‘WILD’ makeup from his upcoming film, Emancipation.

The Academy Award-winning star, 54, stars as the leading character, a slave named Peter in Louisiana, and follows him as he attempts to reunite with his family amid the Civil War.

The historical action film will be the first project released starring the actor since he infamously slapped comedian and host Chris Rock at the Oscars earlier in March.

Behind-the-scenes: Will Smith, 54, uploaded a shirtless photo of himself on Instagram earlier Friday showing