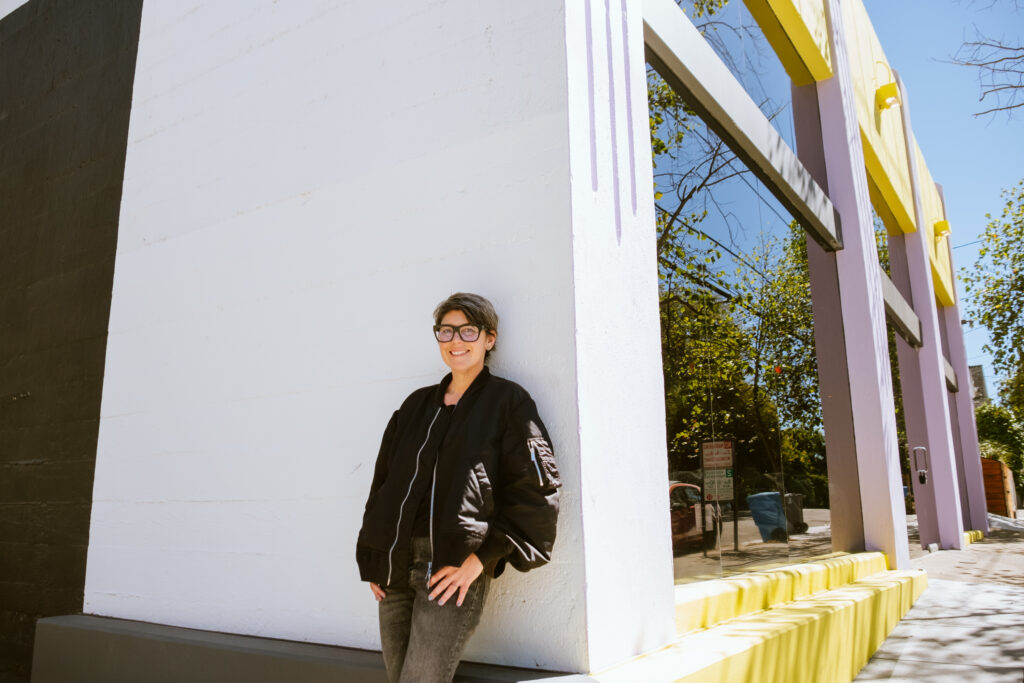 It has been more than a month since the New York Times declared the imminent death of the San Francisco art world based on the closure of two galleries.

It seems that may have been premature.

In the weeks since, the Bay Area has seen several major art shows open, among them the five-year anniversary exhibition at the McEvoy Foundation for the Arts featuring commissions from local artists Sadie Barnette,  Angela Hennessy, Clare Rojas and Zio Ziegler. At the Fine Arts Museums of San Francisco’s On the Edge gala, museum director Thomas P. Campbell announced the second edition of the de Young Open Triennial, the jury-paneled exhibition open to artists from the nine Bay Area counties that will go on view in the fall of 2023. And after a year of anticipation, the new Institute of Contemporary Art San Francisco opened in October.

Not bad for a region that “struggles in the shadow of Los Angeles,” according to the Times’ headline.

The story had posited from the closure of two local satellite galleries whose headquarters are in New York that the Bay Area art world is in trouble. In September, Pace gallery in Palo Alto closed after six years. In 2020, the Gagosian gallery South of Market shuttered after four years. The story also mentioned the loss of the San Francisco Art Institute this past year, as well as wider city issues like housing costs, the unsheltered population and the drug crisis.

But aside from Pace and Gagosian, the report by Adam Nagourney and Robin Pogrebin dismissed the wider Bay Area art world and pointed to Los Angeles as a city artists are “fleeing” to because of its vibrant gallery scene.

The response among members of the visual arts community in the Bay Area was swift and certain: The Times story, a consensus of those who spoke with The Chronicle said, does not represent the region accurately, and they do not see a local decline.

The most common criticism of the Times’ reporting was that San Francisco should not be viewed through the lens of an art market, but rather as a larger arts community consisting of many public and private institutions as well as independent artists, arts workers and patrons.

“If I had a nickel for every time people said the cultural scene in San Francisco was dead for the past 25 years, I’d be a very rich man,” said Chad Coerver, executive director of the Contemporary Jewish Museum.

Anthony Huberman, director of the California College for the Arts’ Wattis Institute, said that in his experience, “The vibrancy of the art community in any urban center isn’t evaluated by blue chip galleries being present or not present.”

“Who gets to decide that an art scene is dying?” asked Oakland artist and filmmaker Adrian Burrell. “California is one of the largest economies in the world and they can definitely support artists more, but to say a scene doesn’t exist isn’t fair to those who made it.”

In recent years, the Bay Area art world has made big pivots and asked big questions about its priorities and future, perhaps not surprising in a region that prides itself for both activism and disruption. The pandemic and resurgent social movements of 2020 galvanized many local artists and arts workers to call for re-evaluations of institutional missions and expansions of their programs.

The Oakland Museum of California and Asian Art Museum in San Francisco are among the institutions that have examined their internal structures and relationships with the communities they serve. New directors have also come on board at several museums, including Coerver, Veronica Roberts at the Cantor Arts Center at Stanford University, Mari Robles at the Headlands Center for the Arts, Julie Rodrigues Widholm at the Berkeley Art Museum Pacific Film Archive and Christopher Bedford at the San Francisco Museum of Modern Art, making the possibilities for reinvention feel wide-ranging.

Other recent developments include:

But rather than looking to any particular event or institution as a validation of the local art scene’s vibrancy, most pointed to the collective whole of the region and the interactions among artists, institutions and individuals that make it work.

“I keep going back to the idea of the ecosystem,” said BAMPFA’s Widholm, who said one of the reasons she took her job in 2020 was because of the Bay Area’s symbiotic arts community. “For that to work, we need strong art schools, galleries, institutions and artists being able to live here.”

Gallerist Jeffrey Fraenkel doubled down and added, “One advantage to San Francisco is that it is not New York.

“Galleries are not battling each other for their artists and for collectors,” he said. “Beyond being an international market, San Francisco is really a community.”

Many see respecting the values of cooperation and collaboration as key for a new institution or gallery trying to find its place here. Gallerist Catharine Clark was blunt in her assessment of out-of-town galleries that don’t learn the local culture and its priorities.

“It’s a carpetbagger situation where they swooped in, didn’t invest in community and thought they’d be successful,” said Clark. “That’s not how it happens here.”

Clark and others also rebutted the notion that local galleries are struggling. For her part, Clark said her gallery doubled its income between 2019 and 2022. Kimberly Johansson of Oakland’s Johansson Project said she has tripled her previous business this year.

Several galleries have also expanded in recent years: Jessica Silverman moved from the Tenderloin to a larger space in Chinatown, while Cheryl Haines moved this year to Fort Mason. Both Micki Meng and Aimee Friberg opened second gallery spaces, and Gallery Wendi Norris opened in a new headquarters in Jackson Square this fall.

Smaller, community-focused galleries have also seen a resurgence, with projects like Jeremy Fish’s Fish Tank Gallery in North Beach and the queer-focused Schlomer Haus gallery in the Castro.

Deborah Rappaport, who co-founded the Minnesota Street Project arts hub and nonprofit Minnesota Street Project Foundation with her husband, Andy Rappaport, said she felt the Times report particularly overlooked the fact that big international galleries like Pace and Gagosian “wouldn’t have a business without art communities like San Francisco with experimental, creative artists and galleries.”

But that’s not to say everyone believes the Bay Area arts ecosystem is working.

San Francisco gallerist Karen Jenkins-Johnson, who told the Times she would be opening a new flagship space in Los Angeles in addition to her galleries at the Minnesota Street Project and in Brooklyn, had some tough words for the city.

“When I opened my gallery in the ’90s, San Francisco was an arts destination. But then when the dot-com started coming in — pushing up the rent, pushing out the artists — people started closing up and moving out,” she said in the Times article. “San Francisco started to lose its artists, its arts community, lose its positioning that it had for a very, very long time.”

John Lindsey, who founded the Outer Sunset District gallery the Great Highway, said that while he felt the Times article oversimplified the scene in some ways, he thinks that San Francisco’s devotion to loyalty in the art world sometimes “comes at a cost of being clique-y and exclusive.” He sees the art world in Los Angeles as both larger and more economically diverse.

When Thomas P. Campbell moved to San Francisco to assume directorship at the Fine Arts Museums of San Francisco in 2018 after serving as director of the Metropolitan Museum of Art in New York for more than eight years, he was “struck by the chemistry of art, design, activism and innovation that is so unique to the Bay Area.” In the years since, he said, that impression has been reaffirmed by his interactions with artists, collectors, galleries and peer art institutions in the region.

SFMOMA’s Bedford, newly arrived in the Bay Area after six years at the Baltimore Museum of Art, said he has found San Francisco “a city and an arts community highly led by values, which I found to be enormously refreshing. It’s a diverse city that values innovation, risk-taking, the new.

“Our local address,” Bedford added, “can be global” in its reach.

Is San Francisco’s art scene having a queer renaissance? 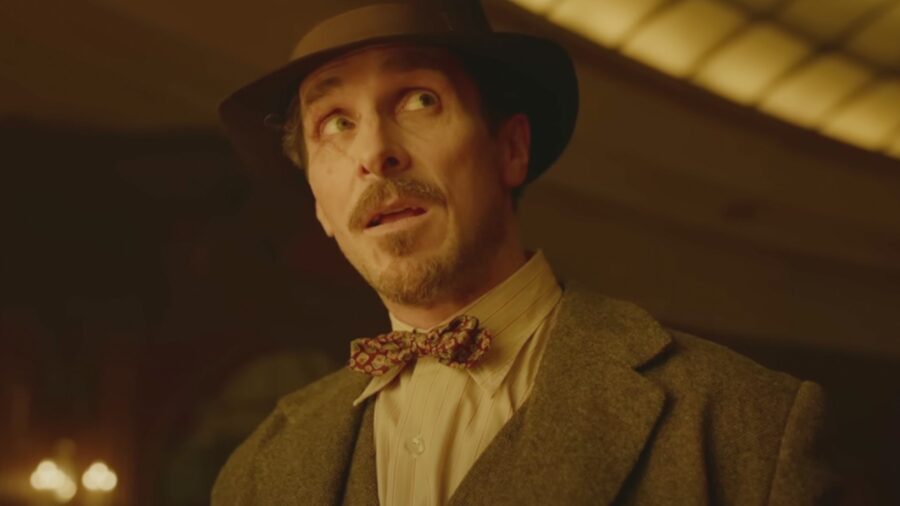 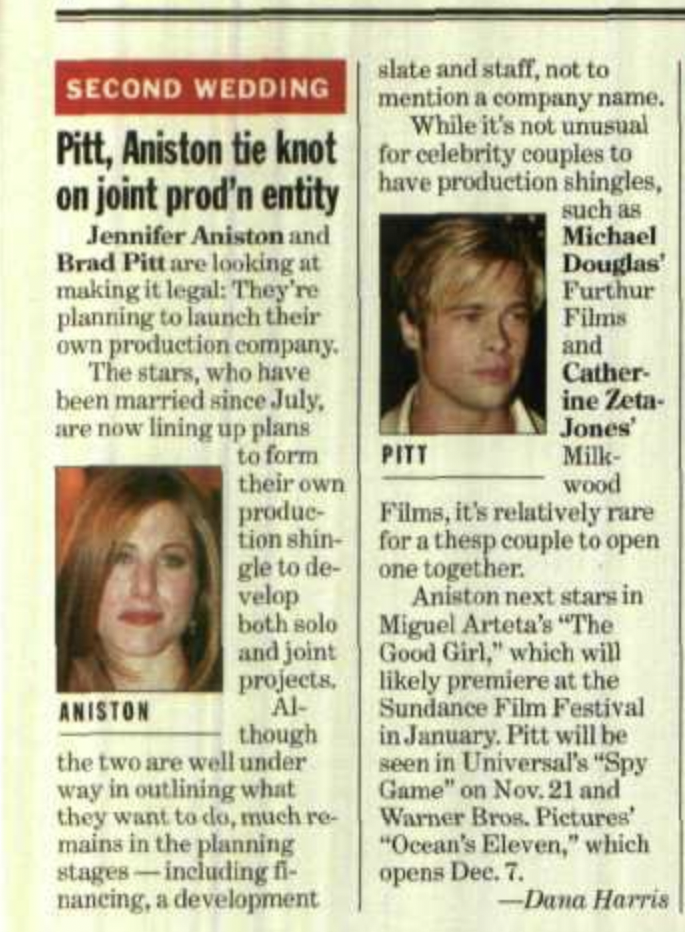