After more than 3,000 entries spanning 12 extraordinary months, we can reveal the winners of our latest Big Shot photography competition.

Congratulations to Louise Waldron, whose shot of a man and his horse at the Sonepur Mela fair in Bihar, India, wins first place. It was praised for its use of colour: “I love the bindi on the horse’s head, and how as you look deeper there’s this symphony of rosy reds and greens that resonates throughout,” Irek said. 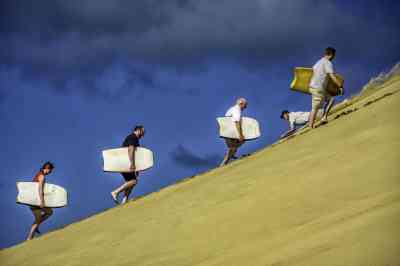 The runner-up is George Turnbull’s shot of tourists climbing Dune 45 in the Namib Desert. The “eye-catching diagonal composition, vivid blue-and-yellow colour palette and the feeling that sandboarding is fun for all ages are what make this outstanding photography,” Stephens said.

Kevin Power’s shot of a sea eagle in a fjord near Svolvaer, Norway, was praised for its technical skill and came third. “It’s a really striking image, captured at the perfect moment,” Cristofoli said. Evans added: “I like that the people’s faces aren’t hidden behind the eagle’s wings. There’s a sense of them watching and taking it all in.” 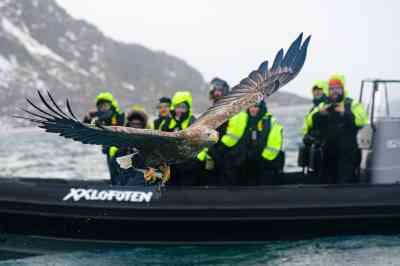 Kevin Power’s shot of a sea eagle in Norway 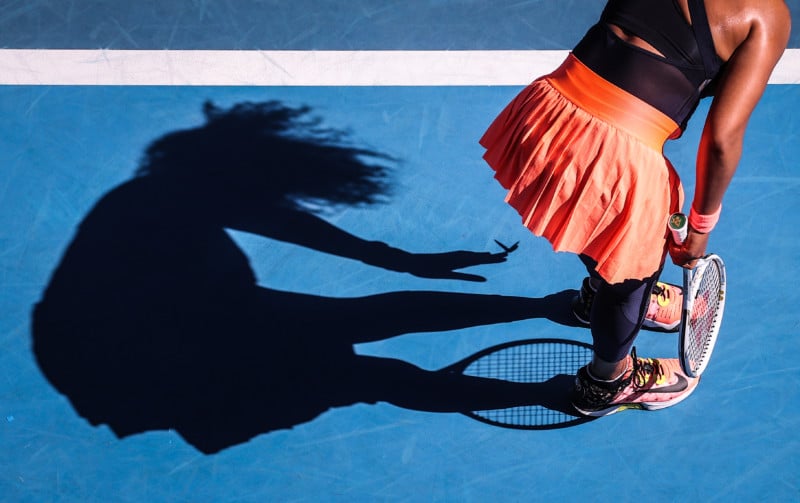