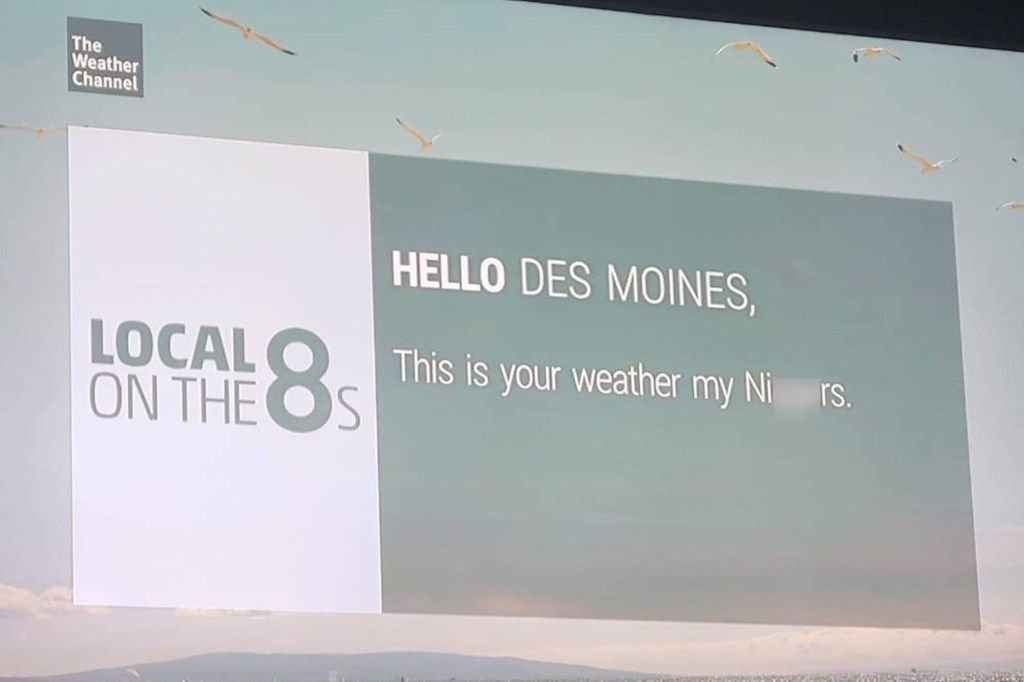 It was cloudy with a chance of outrage.

An Iowa weather station stirred up a whirlwind of backlash after an offensive racial slur inexplicably appeared in one of its forecast graphics last Thursday. The meteorological misprint was flagged Friday in a now-viral tweet by journalist Matthew Keys.

“I’ve blurred it, but I’m pretty sure you can figure out what it said,” he wrote regarding the alarming racist image, which appeared in the Des Moines-based Weather Channel’s “Local on the 8s” segment.

An accompanying screenshot shows the appalling graphic, which read: “Hello Des Moines, This is your weather my N—–s.”

However, the Weather Channel denies that the epithet was its doing.

“This did not originate with us, and we are in the process of investigating it further,” a spokesperson told Keys, per a tweet.

The journo postulated in a following tweet that the sordid stunt “likely originated at the cable head-end, according to a source, though the network is still trying to figure it out.”

Many commenters seconded his theory. “This came from the cable provider,” speculated one armchair local news expert. “TWC has computer units at cable headends to produce the local on the 8s, and a rogue cable employee must’ve messed with the files and caused it to say that.”

TWC has reportedly since deleted the disgusting graphic and apologized for the incident on Facebook.

“A graphic during the Weather Channel cable network’s ‘Local on the 8s’ presentation in Des Moines last evening included a racial slur,” the post read. “We removed this graphic as soon as we learned of it. This did not originate with us, and we are in the process of investigating it further. We apologize to our viewers.”

In another incident, Rochester meteorologist Jeremy Kappell was fired from an NBC station in 2019 for referring to a park named for the slain civil rights leader as “Martin Luther C–n King Jr. Park” — in what he said was an unintentional “verbal slip.”

Interestingly, MLK’s daughter Bernice King felt that the exiled weatherman shouldn’t have been fired, claiming that Kappell instead should have been demoted or sent to implicit bias training.

“I think @JeremyKappell made an unfortunate flub and should be given the chance to apologize on @news10nbc Anyone who has done live tv and screwed up (google any number of ones I’ve done) understands,” he tweeted at the time. 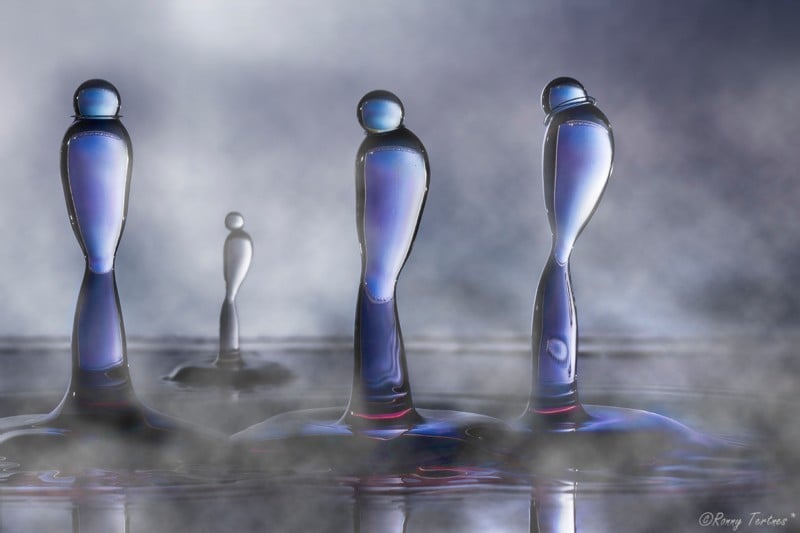 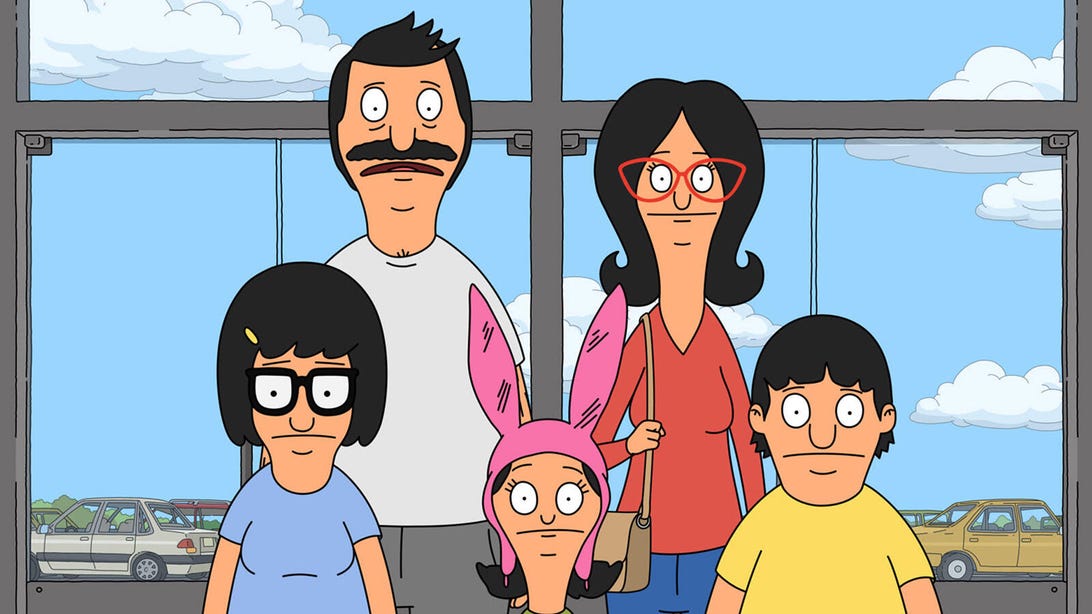 Next post New Movies and TV Shows on Hulu in July

Clockwise from left: Rap Sh!t; The Lord Of The Rings: The Rings Of Power; House Of The DragonPhoto: Alicia Vera/HBO...