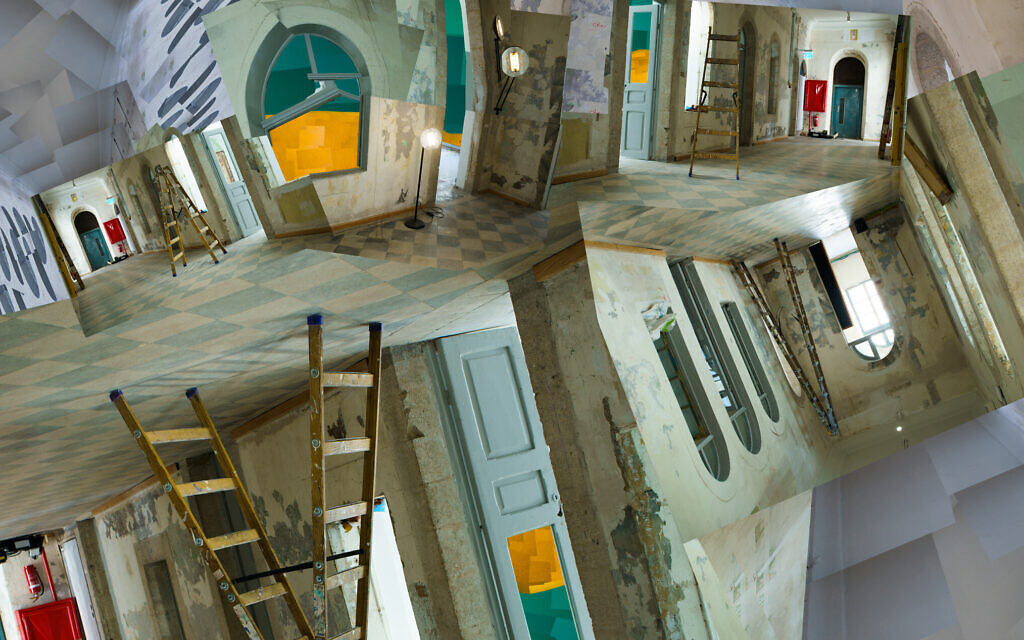 On the second-floor exhibition space of Jerusalem’s HaMiffal, dozens of opening night visitors were glued to the projection of intricate ladders, fans and chairs crawling across the wall, loop after loop. For those responsible for the space, the moment was equally enchanting — because it wouldn’t have been possible just a year ago.

Five years ago, the original HaMiffal collective transitioned from temporary installations into a single residence. Its organizers took an abandoned, dilapidated 19th-century building a stone’s throw away from the luxurious Waldorf Astoria Hotel, and transformed it into a shared space for art and cultural events. Perhaps riffing on Andy Warhol’s famed New York studios, the art commune’s name means “The Factory” in English.

By last year, HaMiffal had turned into a vibrant arts community where young, talented local artists work, play and find self-expression within its bohemian grounds. It even began bringing in some cash with a bar and cafe. Things were looking sunny — until the coronavirus pandemic hit.

With the country frozen under strict, back-to-back lockdowns, the lively space stood abandoned once again.

The collective wasn’t discouraged. Members put their creative energies towards a new lockdown task: renovating the building’s second floor, which was previously deemed unsafe by the municipality and was primarily used as an artists’ squat.

After a round of fundraising from the Jerusalem Municipality, Eden-Jerusalem Development Authority, and the Beracha, Jerusalem and Leichtag foundations, HaMiffal transformed the floor into a gallery, equipping it with an official HaMiffal art store and residency space. Its communal, cooperative foundation now remains on the first floor, while the second allows individual members to shine.

The first floor of the HaMiffal art collective. (Courtesy)

“Moves” comes in the wake of Vogman’s father’s death, which led him to explore the theme of “home.” His exhibition utilizes different mediums, such as stop-motion animation, 3D miniatures, and digital prints. Through these, Vogman brings inanimate objects to life — distorted and reconfigured within haunting spaces — and provides viewers with varying perspectives on what might otherwise seem mundane.

Unfortunately, COVID was not the only impediment for HaMiffal this past year. Just as “Moves” was set to premiere, sectarian unrest began in Jerusalem. Operation Guardian of the Walls followed shortly after. Eventually, as things calmed, Vogman and HaMiffal were able to launch the solo exhibition that had spectators hooked from that opening night.

The Times of Israel spoke with Vogman at the exhibit’s opening night as well as via Zoom. The following interview has been edited for clarity.

The Times of Israel: Can you tell us a bit about your background?

Kobi Vogman: I was born in Riga, Latvia, and my family moved to Israel in 1990. Riga used to have a strong Jewish community, which was destroyed in the Holocaust. After, many went to Russia or the US. Not many came here to Israel.

Back then, my grandparents were part of the Communist Party. My dad rebelled against this. He was a hippie anti-communist and also a huge Zionist. The moment the USSR fell, he took us to Israel.

He and my mom were artisans with a mostly Judaica bookbinding and restoration business. My dad would work with leather, and my mother in restoring paper. I was immersed in this artisan world as a child.

When I got into Bezalel, my father said, “Yes! He’s not going to high tech!” while my mother said, “No! He’s going to be poor!”

You’re an artist who crosses many different mediums. How do you navigate between them?

Before Bezalel, I was into street art. And even before that, I grew up with my parent’s artisan materials. Stop-motion animation is basically animation with materials. Today, I try to create dialogues between these different tools, and particularly between graffiti and stop-motion, which is apparent in this exhibition. With graffiti, you create huge pieces across three-story buildings, while stop-motion works with miniatures.

I’ve begun sculpting my graffiti style, which is similar to the early works from this exhibition, which itself is influenced by lithographic stone printing from the old Jewish and Christian books my parents worked with. It’s always a dialogue across techniques and mediums. I get bored doing the same thing over and over again.

Interior of the HaMiffal art collective in Jerusalem. (Courtesy)

While we’re talking about your parents: The exhibition explicitly touches on your father’s death, beginning with a powerful sketch of a man carrying a flooded house on his back. Can you walk me through the impetus for this image and the story behind your father’s illness and death, and your grieving process?

The prologue for the exhibition was me flying with my father to New Orleans for his liver transplant. I had just finished Bezalel and was in the middle of my first project doing art direction for a film. The moment we got the call, I explained my situation, dropped everything, and flew as my dad’s legal caregiver.

The worst thing was that we didn’t know how long we would be there for. Your life revolves around waiting for a phone call that can come at any time, even in the middle of the night. And we also didn’t know if he would come out of the surgery. It was an absurd situation.

There was so much pressure, an intense maturation process where the roles were reversed between parent and child. While there, I took some time for myself — my dad understood I needed it. I’d sit on the Mississippi River just to breathe, watch the sunset and sketch. My sketchbook was a diary for me. I strongly felt the post-Katrina trauma, and water became a strong theme. The sketch you described was my exact feeling at the time: Someone whose house is flooding, but he still tries to hold it above water.

After the surgery, we returned to Israel and felt like we had succeeded. But a year and a half later he fell ill again, and 10 months later he passed away. It was a really difficult, amazing journey, even though it’s hard for me to speak about. It’s also the starting point for this exhibition.

A lot of art can obscure difficult themes, but it’s refreshing that you discuss it openly. It leaves you vulnerable. It’s also apparent in the exhibition’s first animation, “Common Ground,” where a human-like figure just opens up and everything pours out.

“Common Ground,” created together with Tal Harada and Noa Arad-Yairi, was made for the Krakow Jewish Cultural Festival a year and a half after my father passed. I was still flooded with emotions, thoughts and questions: Who am I, and what is this house I’m inhabiting? When you lose a parent, your house breaks; the foundations of your own being are cracked. Unable to lean on them, you have to build something new. Those thoughts were swirling that year, and I also literally got to break a lot of houses for this project.

When we translated the exhibition texts from Hebrew to English, this was actually the first question we asked. In Hebrew, “bayit” is the same for both. Home is more philosophical, while house is physical. When I talk about houses, though, I talk about both, but also about the objects, especially those I create within my art.

Your exhibited 3D piece is a tiny house overflowing with foam that has flowers growing in all sorts of unexpected areas. Here too, the structure of the home is broken, and sometimes unexpected changes arise out of that.

The reason I use foam is that it rapidly expands. It’s like an explosion frozen in time. And the material becomes fertile ground from which to grow something new. It was a direct reaction to “Common Ground,” where everything was black and white and felt quite sick. I said to myself, “Enough with this darkness. I need some color, I need to inject some new life into the destruction.”

You also explore objects within the home, making fans, ladders, and other inanimate objects come to life. Also, while you don’t draw people, you’ve turned yourself into an object within your animation. Can you expound on these choices?

The objects I depict are actual items from within HaMiffal. I love doing site-specific work, which is similar to my graffiti background where I worked in abandoned places and with what I could find.

A year ago, COVID began, and everything at HaMiffal suddenly stopped. It was a completely empty space. As HaMiffal is a place of life that is constantly evolving and changing, I wanted to reinject life back into it, to put my own soul into its objects and to rearrange them into characters.

At the time, I had become fascinated with this new cubist-like technique of using photography to rearrange spaces from different points of view. In stop motion, you take many photos in order to create a timeline. Here, my idea was to take many photos and squeeze them into one frame. Then, with the animation I made especially for the exhibition, “The Builder,” I had to figure out how to take this world I’d just created and expand it back into a timeline.

Is this why you call the exhibition “Moves?”

Animation is part of it, of course. But it’s more about myself: Keep on moving, building, and developing. Movement is always in what I do on different layers — movement in animation, in creativity, and in one’s soul.

Even if there’s nothing overtly political, I can’t help but connect your exhibition with the moment of time we’re living in, in this country, our home.

As an artist and creator, your eyes have to be open to the world. And you respond to that world, whether you want to or not.

Living here is hard. It floods you, even drowns you a bit, keeping your head just above water. There’s never inner calm. You live with fear that something’s going to explode over your head. And then it does. But it’s still home. It’s friends, family, and you love it.

There’s an internal conflict associated with living here, which finds emotional expression in my exhibition: It’s the miniature house that explodes, but then the explosion stops and creates fertile ground for new things to grow on it.

An artist working on an installation at HaMiffal art collective in Jerusalem. (Courtesy)

Where is HaMiffal headed? And what about you?

HaMiffal is trying to fill a gap in Jerusalem. There are a ton of talented art students here, but the next step is the Israel Museum. There’s this huge group of young artists that are trying to eventually get to this next step, and HaMiffal wants to stand in that middle ground.

Simultaneously, there’s an economic interest: There isn’t even one gallery in Jerusalem that sells young contemporary Israeli art. Unlike in Tel Aviv, everything in this city is Judaica or pop art. HaMiffal wants to enter this niche, while continuing to put on events, workshops, etc.

Now I have to think of where I’m going…

To the Israel Museum?

I would love that, obviously, and to exhibit in museums more generally. In the meantime, I’ll be submitting “The Builder” to film festivals. And continuing to create, of course. 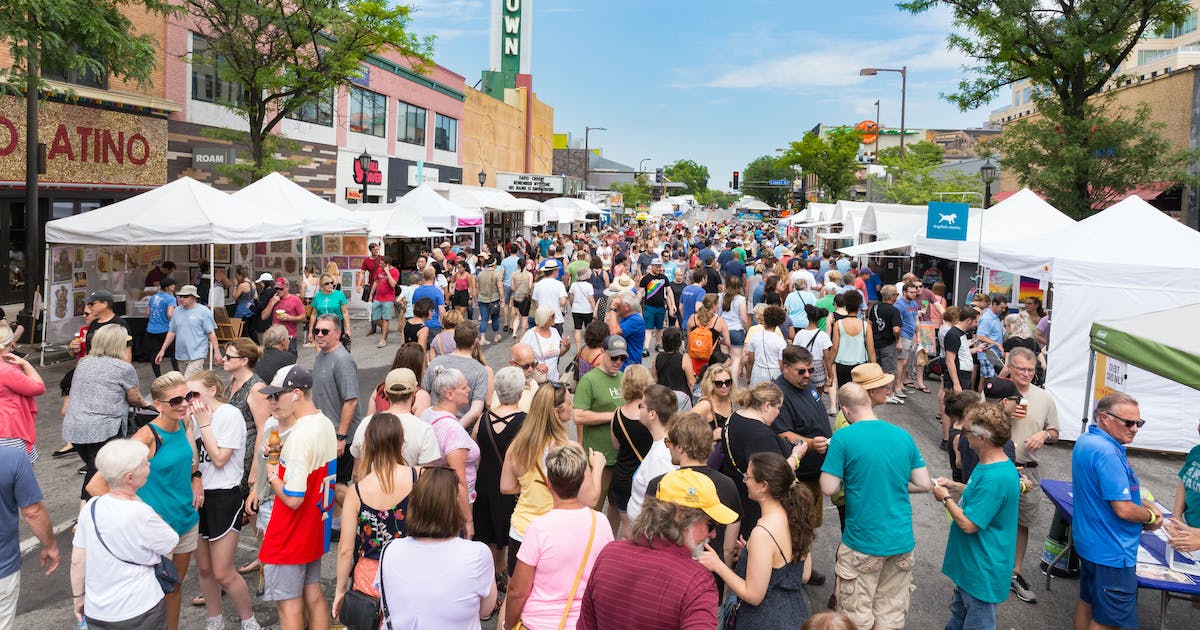 Previous post The art fair is back: Plan your summer around these 8 great Twin Cities events 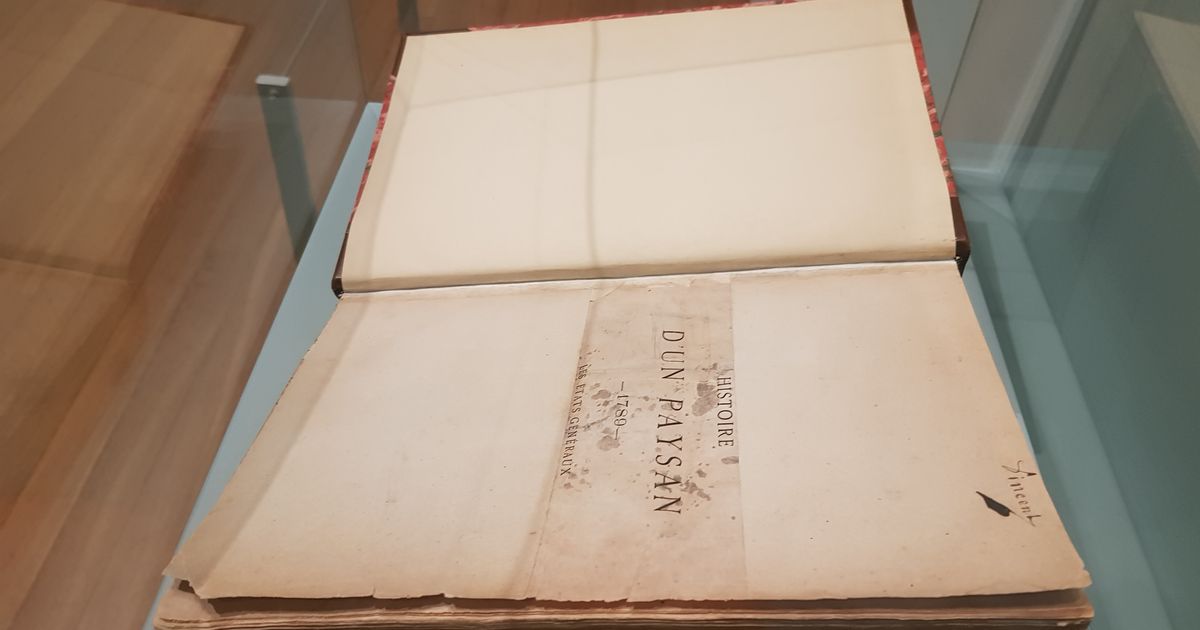