Museums may have closed in the early days of the COVID pandemic, but no one’s appreciation of art shut down. Lovers of great paintings, sculpture and other visual works could still find ways to visit their favorite museums around the world virtually via Google Arts and Culture.

Since its 2011 launch, the Mountain View tech company’s platform has made it possible for art lovers, dabblers and the merely curious to see images of paintings, sculpture and other works housed in more than 2,000 institutions worldwide — all from the comfort of home. And Google employed its 360-degree, “street view” technology to offer virtual walk-through tours of galleries, monuments and historical areas as well.

It all made life more bearable during the dark days of 2020 and 2021. But even though the world has reopened since then, there’s no reason to stop exploring with Google Arts. For one thing, there’s no way even the most determined globetrotter could ever get to a fraction of these 2,000 institutions. Go online, though, and you can immediately engage with art and culture in any place that strikes your fancy, via laptops, phones or tablets. And you can visit places that aren’t on the usual tourist itinerary.

Adding to the viewer-engagement factor, Google’s “gigapixel” Art Camera lets people view works in ways that simply aren’t possible any other way, even if in person. As any regular museum-goer knows, crowds, security concerns and other logistics often make it impossible to get up close to well-known works for any length of time — not without giving museums guards heart failure, anyway.

“When you go to a museum, and you see it real-life, you can get the emotion you wouldn’t get online,” says Simon Delacroix, Lead for Google Arts and Culture in North America. “But with the Art Camera tool, you can get to know an artwork in sometimes intimate detail that you otherwise wouldn’t get in a museum, so it’s a nice complement.”

Every day, Google Arts offers up articles, videos and other visual deep-dives into a particular work, artist, movement and city’s culture. You can read, you can browse — and you can use the Art Selfie filter to place yourself in famous portraits or solve art-inspired jigsaw and crossword puzzles.

There’s a deeper purpose to this, though. As Delacroix explains, Google Arts has taken on the vital task of digitizing and making available collections at risk of being lost forever or that have become off limits due to natural disasters, war and other cataclysms.

Russia’s invasion of Ukraine this year turned locations of that country’s museums into war zones. At the same time, the U.S. State Department has told Americans to avoid travel to Russia, too. But with Google Arts, Americans can still visit the National Center for Folk Culture or the National Art Museum in Kyiv, the Pushkin State Museum of Fine Arts in Moscow or the State Hermitage Museum in St. Petersburg. One of the largest museums in the world, the Hermitage is housed in the tsars’ former Winter Palace.

There are so many places to explore on Google Arts, both near — San Francisco’s Legion of Honor, the Cantor Arts Museum at Stanford — and far. Here’s a sampling of virtual journeys that will take you halfway round the world, get you up close to some of the world’s most famous works or introduce you to some of the platform’s newest initiatives.

With Google’s Street View, you can stroll through the Hall of Mirrors at Versailles, view landscapes and portraits by J.M.W. Turner or John Singer Sargent at the Tate Gallery in London or catch Renaissance masterpieces at the Uffizi in Florence, including Michelangelo’s “Doni Tondo,’” Botticelli’s “Birth of Venus” and Caravaggio’s “Medusa.”

View masterpieces from the Dutch Golden Age while ambling through several floors of the Rijksmuseum in Amsterdam. The most famous of the famous there is Rembrandt’s game-changing “The Night Watch” from 1642. The platform also offers a quick visual tutorial on Rembrandt’s unprecedented manipulation of light.

Go back in time two millennia and take a walk around a full-scale reconstruction of the massive Pergamon altar in Turkey, a Hellenistic monument from the second century B.C.E. which inspired the name and construction of Berlin’s Pergamonmuseum.

Jump forward to the 13th to 14th centuries — and several time zones away — and venture to Sukhothai Historical Park, a World Heritage site 220 miles north of Bangkok. Stroll around Wat Mahathat and other ruins of temples that once dotted Sukhothai, one of the first kingdoms to rule Thailand.

On the same continent, visit the National Museum of Modern and Contemporary Art (MMCA) in Seoul. There’s no denying that South Korea’s K-pop singers and filmmakers have become some of the most dominant forces in today’s global culture. That influence extends to fine arts, as you can see through a Google Arts tour of MMCA.

On the other side of the world, the architecturally striking Museu de Arte de São Paulo in Brazil offers a radical new way to view classic paintings from the Americas and Europe. Here, paintings by Van Gogh, Picasso, Modigliani, El Greco and Manet are pulled away from the wall and displayed on crystal easels arrayed around the gallery, almost as if they are floating in space.

Discover manuscripts from the fabled city of TImbuktu

To us Californians, the name of this small city, which lies at the edge of the Sahara in the West African nation of Mali, has become shorthand for a place that is far, far away – and maybe not even real.

But as shown by one of Google Arts most exciting and vital projects, Timbuktu is intoxicatingly real. For centuries, Timbuktu was a hub of trade, wealth and culture on the African continent, as well as an Islamic center of learning. It’s still known for its imposing earthen mosques, as well as the hundreds of thousands of scholarly manuscripts from its medieval golden age.

Unfortunately, its treasures have been imperiled by the civil war that broke out when Islamist militant groups took control of the city in 2012. Since 2014, Google has worked with local scholars to digitize those manuscripts, some of them dating back to the 11th century, and make them available through its Mali Magic portal.

Some 40,000 pages are available online to digitally flip through or view up close. Covered in beautifully scripted, medieval Arabic, the pages cover a range of topics: philosophy, economics, medicine, agriculture, astronomy, mathematics and religion, as well as everyday life.

The Google Arts portal also offers a street view tour of Malian heritage sites, such as the Great Mosque of Djenné, a UNESCO World Heritage site, as well as accompanying videos, illustration and music about contemporary Mali visual artists and musicians.

With the platform’s Art Zoom video series, well-known musicians, such as Grimes and FKA Twigs, take viewers on a tour of artworks that speak to them. In one particularly moving video, singer-songwriter Maggie Rogers contemplates the “romance of the tortured artist” and what Vincent van Gogh may have been thinking, feeling or seeing when he painted his gorgeously vivid 1889 work, “The Starry Night.”

As Rogers explains, the painting depicts the artist’s view from the window in his asylum at Saint-Rémy-de-Provence. “The window of his mind,” Rogers calls it. The Dutch master had cut off his ear six months earlier; one year later, he would be dead

As Rogers narrates, the camera moves around the canvas and zooms in on details of Van Gogh’s “almost apocalyptic” vision: “the psychedelic, almost ominous spiral” in the middle of the sky, the “exploding fireballs, nebulas, all with their own reddish core,” and the spots in the canvas that he left empty.

“This starry night is not like any starry night I’ve ever seen,” she adds. “Surely his nights were more beautiful than our days.”

Watch Puerto Rico save its cultural heritage after Hurricane Maria

The devastation wrought by Hurricane Maria in 2017 highlighted the challenges of keeping Puerto Rico’s cultural treasures safe in an unpredictable tropical climate. It became clear to residents, as well as to others of Puerto Rican heritage, including Broadway star Lin-Manuel Miranda, that works representing the island’s vibrant and diverse culture had become inaccessible to the public because there was no physical space to display them.

In 2019, Miranda and others partnered with Google Arts and Culture to digitize works in four Puerto Rico museums, whose collections encompass more than 500 years of the island’s history, multiculturalism and global cultural influence. One of those featured works on Google Arts is painter and muralist Augusto Marin’s “El “Grito de Lares,” a dramatic and violent depiction of the first major revolt against Spanish rule.

Look up to the world’s most amazing ceilings

Some of the most beautiful paintings and mosaics in buildings around the world are hard to see in any detail, because they grace soaring ceilings. It can be a literal pain in the neck to gaze upward for too long. But Google technology zooms in on those works to let people see the fine details and embellishments,

Check out Marc Chagall’s lyrical, vibrantly hued ceiling for the Opéra national de Paris. Or float around in Street View to see the stunning mosaics created for the ceilings of the Quire in London’s St. Paul’s Cathedral, the work of Arts and Crafts painter, sculptor and designer William Blake Richmond, done at the behest of Queen Victoria.

The Wazir Khan Mosque in Lahore, Pakistan, built during the 17th Mughal dynasty, offers a different kind of imperial grandeur, with its ceilings decorated with frescoes and intricate glazed ceramic tile work known as kashi-kari.

If you’re a fan of “Girl with a Pearl Earring,” Johannes Vermeer’s mesmerizing portrait of a young woman in a turban and the titular earring, you might long for the chance to see all the Dutch master’s 36 surviving works in one place.

It’s never going to happen, because the nearly 400-year-old paintings are too delicate to travel. But working with curators at the Mauritshuis museum in The Hague, where “Girl” is housed, Google Arts has used what’s known as augmented reality to create a virtual exhibition of all of Vermeer’s works. In this gallery, you can see his remarkably light and pure depictions of daily life up close, including his famed cityscape of Delft, “The Milkmaid,” “The Woman Reading a Letter” and “The Painter in His Studio.” 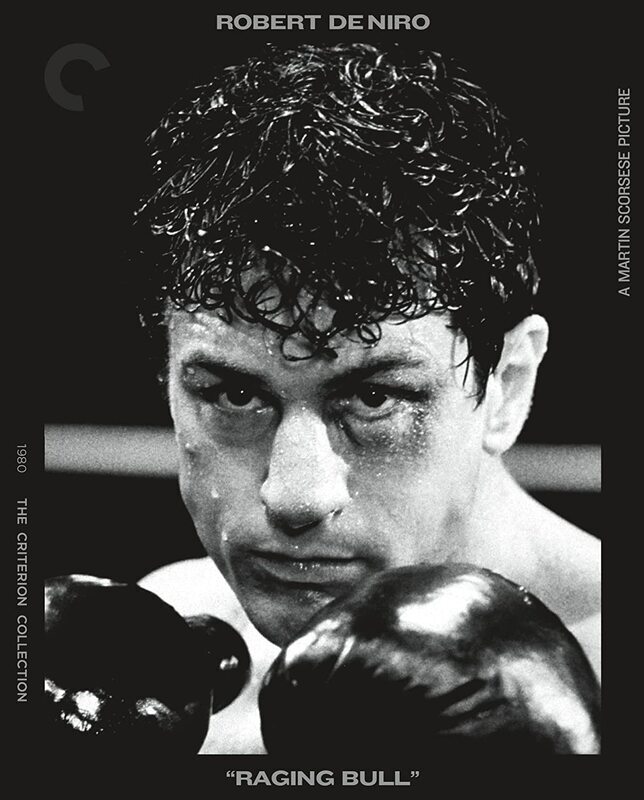 Next post Art Industry News: New York’s Edgiest Summer Exhibition Got Shut Down by the Cops 30 Minutes After Opening + Other Stories

A NZ$10,000 artwork consisting of a single slice of pickle plucked from a McDonald’s cheeseburger and flung on to the...