As far as what else is new to watch on streaming this week, there’s the much-talked-about horror film Barbarian available now on HBO Max and the stop-motion movie Wendell & Wild from The Nightmare Before Christmas director Henry Selick on Netflix, as well as the new horror thriller The Good Nurse starring Jessica Chastain and Eddie Redmayne, the new horror anthology series Guillermo del Toro’s Cabinet of Curiosities, and a new adaptation of All Quiet on the Western Front, also all available on Netflix.

Not to mention the Siegfried Sassoon biopic Benediction on Hulu, the horror thriller Run Sweetheart Run on Prime Video, the animated DC superhero film Green Lantern: Beware My Power on HBO Max, and much, much more. We’ve got the lowdown on everything you should be watching on VOD and streaming this weekend. Have a peek!

Where to watch: Available to rent for $19.99 on Amazon, Apple, and Vudu

Florence Pugh stars in Olivia Wilde’s follow-up to 2019’s Booksmart as Alice, the doting wife to a workaholic husband (Harry Styles) in a 1950s-styled company town secluded in an unknown desert. When Alice begins to question the true nature of her idyllic existence and the supposedly benevolent intentions of her husband, she sets out on a search of answers that bring her face-to-face with a secret of immense, unspeakable horror. But don’t worry, darling, everything’s fine!

Pugh’s performance is enough of a recommendation to see this shiny, smoothly finished movie-that-feels-like-a-movie. The production design, costuming, and cinematography are ravishing, and wielded with precision. Musically, it’s even richer and a little edgier, pitting crooning doo-wop and civilized jazz against John Powell’s unsettling, nervy score. In the space between these luxurious images and discordant sounds, you can feel a door opening to a thornier, more provocative film. But Wilde, anxious to make sure everyone gets the point, has nailed it shut.

Written and directed by Zach Cregger, co-founder of The Whitest Kids U’Know, this 2022 horror thriller stars Georgina Campbell (All My Friends Hate Me) as Tess, a young woman who shares an accidentally double-booked Airbnb with a polite (albeit odd) stranger (Bill Skarsgård). Things go about as well as you’d expect, though not exactly the way you’d think, as Tess finds herself caught in the grip of a nightmare that refuses to let her leave.

If Marcel the Shell With Shoes On is a feature-length Airbnb ad cosseted in the cozy shell of an emotional drama, consider Barbarian the antithesis of that.

The horror movie Barbarian is best approached by an audience that knows as little as possible about it. The film’s trailer encourages this to a degree that may turn some viewers off: It divulges little beyond the film’s initial setup. Even in our spoiler-phobic times, keeping secrets makes sense for a horror movie — it’s simply scarier if viewers don’t know what’s coming. But the true test of a well-constructed movie comes when there are no surprises left. At the end of its 102-minute run time, with its secrets laid bare, Barbarian still has so much to offer. And part of that is something for viewers to be scared of beyond its initial ominous portrait of the quiet terror that can lurk inside a house when two strangers are forced together on a dark and stormy night.

Where to watch: Available to purchase for $19.99 on Amazon, Apple, and Vudu

Mia Goth returns in the prequel-sequel to Ti West’s 2022 slasher X as the eponymous Pearl, a bright-eyed yet violently repressed woman with dreams of escaping her family’s Texas farm to become a movie star in Hollywood. When Pearl’s path to stardom is stymied, she resorts to increasingly more desperate means of getting what she wants — at any cost.

The primary reason to see Pearl is Mia Goth’s mesmerizing, tour-de-force performance. She infuses the role with enough innocence and wishfulness to make viewers root for her, even if they already know about her future crimes and are appalled by her choices in the present. While the look of the film may be inspired by Technicolor wonders like The Wizard of Oz, Goth’s performance is straight out of Alfred Hitchcock’s Psycho, kind and charming one minute, terrifying and deranged the next.

Do you love The Nightmare Before Christmas? What about Coraline, or James and the Giant Peach? These are purely rhetorical questions, mind you; you’d be a monster not to at the very least like them, and we know you’re no monster. We like you. You have good taste. Anyway, if you like those films you should check out director Henry Selick’s latest stop-motion film about two conniving demons (Keegan-Michael Key, Jordan Peele) who attempt to trick a young girl named Kat (Lyric Ross) into summoning them to the mortal realm. Sounds Beetlejuice-y!

If there’s one thing Guillermo del Toro loves, it’s horror. He loves it so much, in fact, that he produced a new horror anthology series on Netflix with episodes created by the likes of his Pan’s Labyrinth collaborator Guillermo Navarro, Vincenzo Natali (Splice), Ana Lily Amirpour (A Girl Walks Home Alone at Night), Panos Cosmatos (Mandy), David Prior (The Empty Man), and more. Sure, it’s not a “movie” per se — but it’s certainly worth making time for this weekend!

All Quiet on the Western Front

The third adaptation of Erich Maria Remarque’s devastating novel recounting the ravages of World War I. Edward Berger’s adaptation centers on the life of Paul Bäumer, an idealistic German soldier whose innocence and naiveté are shattered by the unremitting mortal toll of trench warfare and the indiscriminate death of loved ones and enemies alike.

Blade of the 47 Ronin

A delayed sequel to the Keanu Reeves and Hiroyuki Sanada-led 47 Ronin from 2013, this one is directed by longtime actor and fight choreographer Ron Yuan (Mulan). Set 300 years later, Blade of the 47 Ronin is the rare samurai movie set in modern times, and stars Anna Akana (Ant-Man), Mark Dacascos (many great movies), and Mike Moh (Once Upon a Time in Hollywood).

Exhausted by her work as a nurse, Amy (Jessica Chastain) commiserates with Charlie (Eddie Redmayne), a kindly colleague who offers her encouragement and hope during her long nights at the hospital. All of that changes, however, when a mysterious string of patient deaths sets off an investigation that lands Charlie right in the crosshairs of suspicion. Faced with these accusations, Amy must risk her own life and the safety of her children in search of the truth.

If that weren’t bad enough, The Good Nurse is based on a real-life story. Yikes!

Celebrated British filmmaker Terence Davies (A Quiet Passion) returns with this biopic of British poet Siegfried Sassoon. Jack Lowden (Slow Horses) and Peter Capaldi (Doctor Who, Local Hero) both play Sassoon at different times in his life, in a delicate portrait of a soldier turned anti-war activist and poet.

Where to watch: Available to stream on Prime Video

Blind dates suck. Case in point: The story of Cherie (Ella Balinska), a single mother who is tasked with going out on a date with Ethan (Pilou Asbæk), one of her boss’s most important clients. He’s charming, handsome, and absolutely unlike any other man she’s met. He’s great, except for one crucial detail: He’s secretly a violent killer who wants to hunt her.

Forced to play a deadly cat-and-mouse game with her pursuer, she’ll have to arm herself and find new allies in order to survive her unsuspecting role in a conspiracy that threatens to consume her.

Where to watch: Available to stream on Showtime and Paramount Plus; available to rent for $5.99 on Prime Video, Apple, and Vudu

Jon Hamm (Mad Men) stars in the 2022 comedy based on Gregory Mcdonald’s 1976 novel of the same name as Irwin Fletch, a roguishly charming man with a penchant for stumbling into trouble, who is implicated as the prime suspect in a series of hellacious murders. Can Fletch clear his name while tracking down the culprits behind his his fiancé’s stolen art collection? Well hell, he’s certainly going to try!

Rebecca Hall (The Night House) stars in Andrew Semans’ 2022 psychological thriller Resurrection as Margaret, a successful pharmaceutical executive and single parent whose carefully organized life is thrown into disarray when David (Tim Roth), a charismatic and manipulative man from her past, returns to torment her.

Resurrection is bound to be divisive. It’s actively trying to provoke its audience, which some might find more upsetting than anything that actually happens in the film. And that’s fair enough. But whether or not it’s to anyone’s particular taste, the fact remains that this is an audacious film that asks viewers to take its hand and come along to some particularly dark, surreal, and grotesque places. Throughout that descent, it holds on with a grip that’s tight enough to keep it from spinning out into ridiculousness. If a film this bizarre can produce gasps instead of giggles, that itself is a remarkable achievement.

After being shot down over Afghanistan, a Royal Air Force pilot (Charlotte Kirk) inadvertently stumbles upon a bunker home to a hideous half-human, half-alien creature that threatens to kill every human it comes across if unleashed.

Where to watch: Available to stream on Prime Video and Paramount Plus

The latest in a long, long series of Liam Neeson-led action flicks, Blacklight stars Neeson as Travis Block, a government “fixer” with a particular set of skills that includes interrogation (i.e., beating people up) and infiltrating highly secured areas. When Block discovers a plot targeting U.S. citizens, his daughter and granddaughter are abducted in order to coerce him into cooperating. Instead, he goes on a one-man killing spree against FBI director Gabriel Robinson (Aidan Quinn) to get them back at any cost.

This animated superhero film recounts the story of John Stewart, an ex-Marine corp soldier who is chosen to join the Green Lantern Corps and become a defender of Earth following the apparent death of his predecessor, Hal Jordan. Pitted in the middle of interplanetary conflict, John must join forces with Justice League member Green Arrow and the Thanagarian warrior Shayera Hol in order to defuse the war and come into his own as a hero.

Where to watch: Available to rent for $5.99 on Amazon, Apple, and Vudu

This horror comedy stars Christopher Mulvin (Lore) as Jed, a man heartbroken over the death of his wife and who blames himself for it. Befriending an odd yet friendly man named Lionel (Neal Ward) at a bar, Jed is convinced that the best way to atone for his transgression is to allow himself to be slowly eaten to death… by none other than Lionel himself, of course. 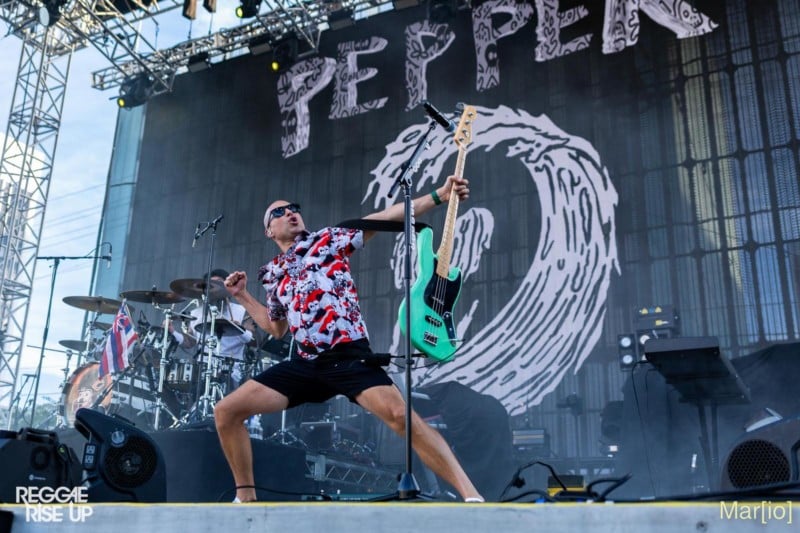