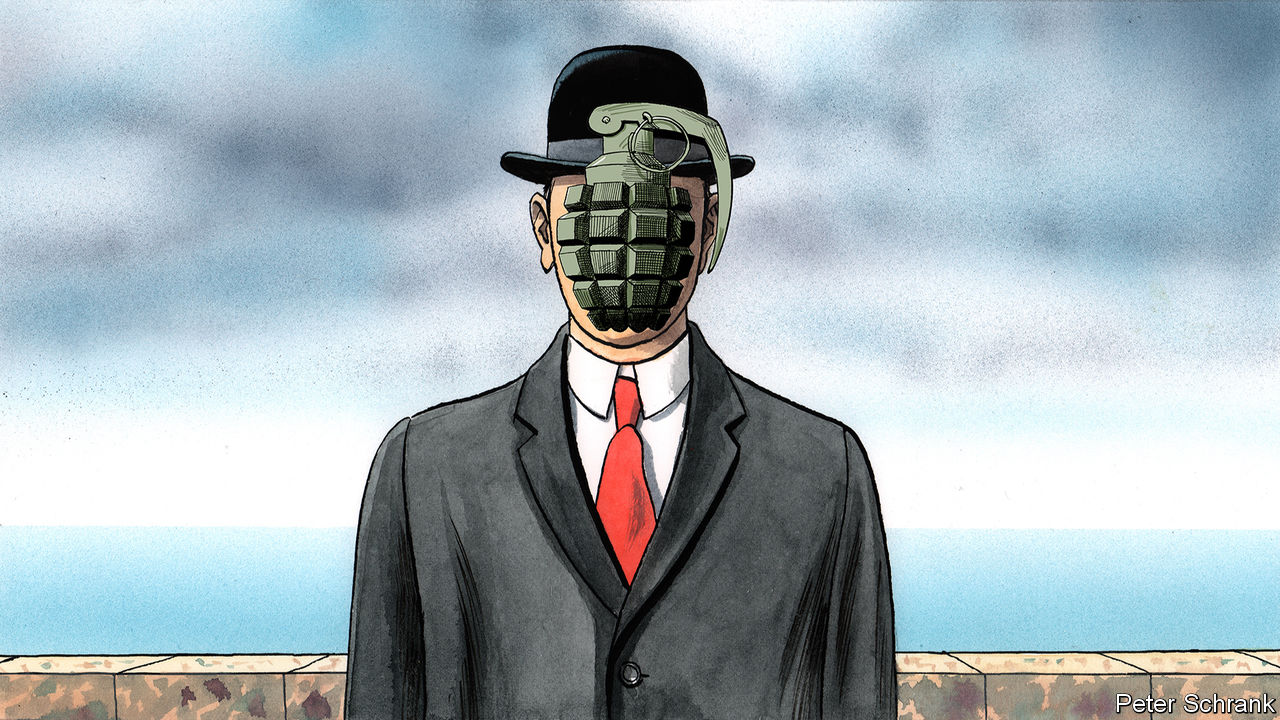 A LLOWING A SOLDIER to go AWOL is a misfortune. Allowing a soldier to go AWOL armed with stolen machineguns, four rocket-launchers and a pledge to “join the resistance” and kill Belgium’s top virologist looks like carelessness. The tale of Jurgen Conings, a 46-year-old army sharpshooter, who disappeared in May, has diverted Belgium. A month-long manhunt featuring special forces from five countries, drones and sniffer dogs turned up nothing. Instead, Mr Conings’ body was found on June 20th by a local mayor. He was mountain-biking nearby and noticed a smell.

Enjoy more audio and podcasts on iOS or Android.

Stuff happens in Belgium. From the outside, it is a grey country famous for fries, Magritte, chocolate and as the home of the EU—a project whose entire ethos is making European history one of dull process rather than bloody war. From the inside, it is chaos, to the point that a tooled-up anti-lockdown terrorist nicknamed “Belgian Rambo” roaming the woods seems par for the course.

This is, after all, a country where someone sabotaged a nuclear-power station in 2014, without causing too much of a stir. A reputation for slack policing and arms-smuggling made it a perfect hub for Islamist terrorists, who killed scores between 2015 and 2016 in Belgium and France. This traumatised French society, but left much less of a mark on Belgium. Sometimes the disorder is merely amusing—trains being delayed because of a fire at a waffle factory, for example. Or when officials blamed the destruction of blueprints for Brussels’s tunnel system on hungry (and undiscerning) mice. Surviving Belgium requires a certain state of mind. Call it Belgian zen: an ability to cope with a way of life that is sometimes disturbing, sometimes wonderful, but always weird.

Belgian zen starts with being comfortable in absurd situations. Across social media, groups supporting Conings sprang up, hailing the terrorist as an anti-lockdown hero. Marc Van Ranst, the virologist Conings had threatened to kill, joined one to wind up folk supporting the idea of his murder. (“I thought I’d come…to see what creativity bubbles up here,” wrote Mr Van Ranst.) This is a noble Belgian tradition. Paul Vanden Boeynants, a butcher who became Belgium’s prime minister and was later convicted for fraud, was kidnapped by a gang of self-styled socialist revolutionaries in 1989. After a month missing, he appeared in a bizarre joke-strewn press conference that cleared up little. Clips from it were then turned into a hit single by the Brussels Sound Revolution.

Ironic detachment is a form of self-defence. Belgium has been attacked for as long as it has existed. Expats arrive, write rude things about their hosts, and then leave. During a brief stay, Karl Marx dismissed Belgium as “the snug, well-hedged, little paradise of the landlord, the capitalist and the priest”. Charles Baudelaire, a French writer, spent the final few years of his life in Brussels and planned a book on how he hated the city (“Capital of apes”), the country (“snivelling little ragamuffin”) and its people (“extraordinarily scatter-brained, amazingly thick-headed”). Writers in exile have been replaced by EU-wallahs who moan about life in a country with 200 days of rain a year. Those outside Belgium’s tax-light bubble of international organisations rail against a government that takes more than half of its citizens’ earnings. The constant Belgium-bashing is met by a defensive crouch.

Belgian zen is necessary for domestic reasons, too. Disorder can dominate daily life. Whereas other countries suffer from a “computer says no” attitude, Belgium has artisan bureaucrats, who can make obstacles appear or disappear at a whim. No two interactions with a Belgian official are the same. In this way, a surplus of bureaucracy leads to anarchy rather than conformity, points out David Helbich, the artist behind Belgian Solutions, a bestselling book on the haphazard fixes that dot the country. The book, in its sixth edition, takes the readers through the strange compromises of Belgian design, which has lead to bollards in the middle of bike paths and has left Brussels as possibly the only European capital with a urinal on the side of a church.

Understanding Belgian policymaking requires a metaphysical outlook. Belgium is an experiment in quantum governance, with the state simultaneously everywhere and nowhere. This country of 11m people has a nest of parliaments: a federal one, one each for its three regions, along with ones for the French, Dutch and German-speaking communities. Government is duplicated rather than deepened by levels of public spending that are among the highest in the EU. In Belgium responsibility is shared between so many layers that ultimately no one is in charge.

What is dead may never die

The country is remarkably durable as a result. It has survived happily without a federal government for up to two years at a time. In Flanders secessionist parties such as Vlaams Belang, the far-right outfit supported by Conings, scoop up almost half the votes. In some ways, secession has already happened. From cradle to grave, the lives of Belgium’s divided communities barely overlap, with different schools, media, language and lifestyle. Its international borders are almost invisible, yet its internal ones are unignorable, as Tony Judt, a historian, pointed out. Secession would be simple, but pointless. Belgium offers a lesson in stability through chaos. Even its demise would be serene. It is the world’s most successful failed state.

Belgian zen is possible because of this strange success. Belgians are almost as rich as Germans and better off than Britons or the French. Their health care is excellent. Property is cheap; wages are high. A Belgian life is, on average, long and prosperous. In such circumstances, a heavily armed soldier roaming the woods can be brushed off with dark jokes. Partly this is luck. Belgian authorities worried enough to put Conings on a watchlist, yet he was still able to disappear with enough weapons for a massacre. In the end, it was just another strange chapter in a rather odd book. As long as Belgium avoids true tragedy, nothing will disturb Belgian zen. ■

This article appeared in the Europe section of the print edition under the headline “Belgitude: the art of Belgian zen” 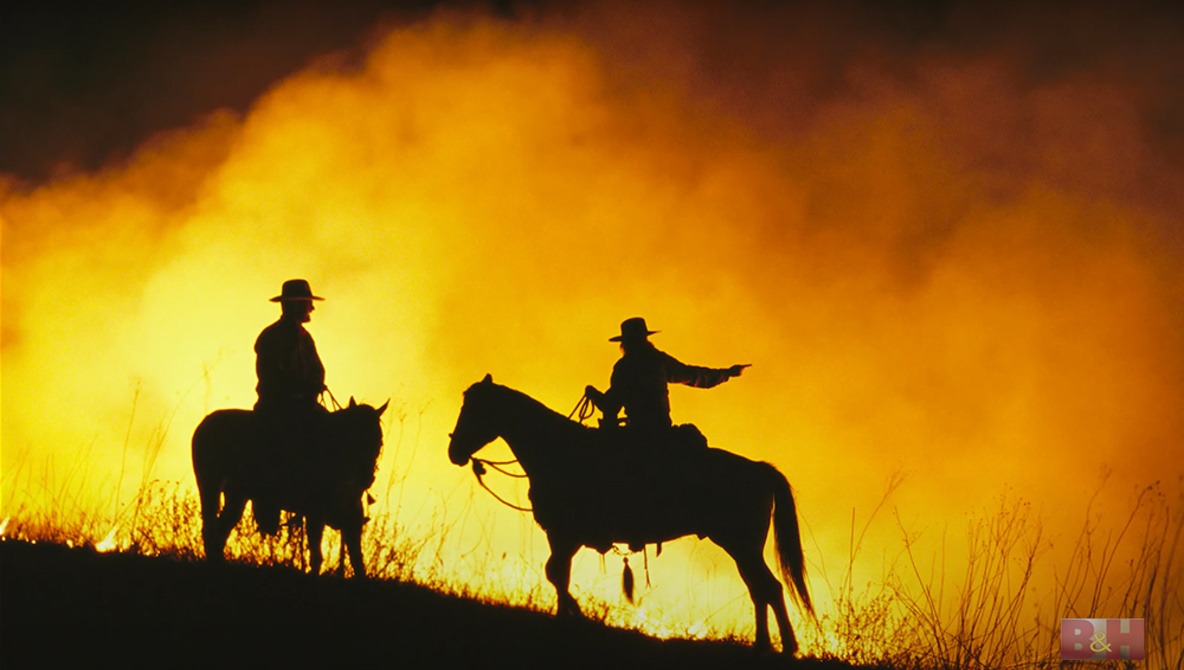 Next post 5 Travel Photography Tips From a National Geographic Photographer