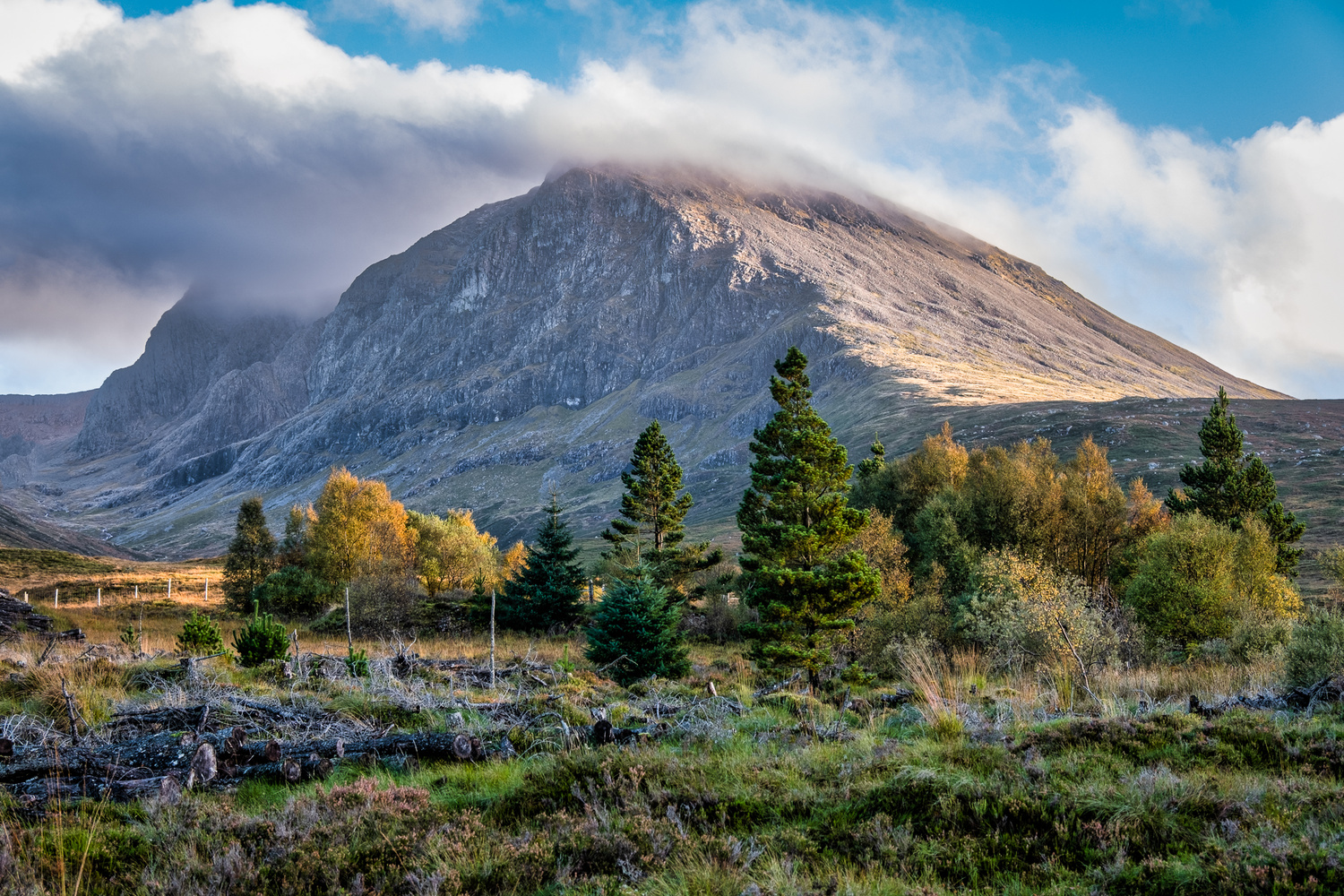 Are some types of landscape photography inevitably doomed to failure? If they proceed from a desire to depict what Immanuel Kant referred to as “the sublime”, then this may well be the case.

Landscape photographers are often drawn towards certain sorts of location — mountain ranges, abyssal canyons, boundless oceans — because they are so emotionally affecting. The aim of these photographers is, of course, not just to record what these places look like, but to produce an image which conveys something of how it felt to be there when the photograph was taken.

Now, let me say immediately that I don’t mean to suggest that there cannot be good photographs of mountain ranges or of roiling oceans. There are, of course, a great many good images of these subjects that are well composed, beautifully lit, and skillfully edited. Yetm when I look at them, I can’t help but feel that there is always something missing, some vital ingredient not present in the final image, to which people sometimes seem to allude when they use the phrase: “you really had to be there in person.”

A suggestion about what this missing ingredient might be and why it is not something which photographers can succeed in expressing is to be found in the work of German philosopher Immanuel Kant. Kant (1724-1804) is one of the most important figures in the history of Western philosophy. He produced major works on subjects ranging from ethics to metaphysics, and his work remains highly influential to this day.

It might seem surprising, however, to look to Kant for insights into photography, given that he died 20 years before Joseph Niépce’s production of the first photograph. Nevertheless, some of Kant’s thoughts on aesthetics provide us with a possible explanation of what it is that certain types of landscape photography may be missing.

According to Kant, it is important to distinguish between two different sorts of aesthetic response which we sometimes experience: the first of these is the feeling that something is beautiful; the second, the feeling that something is sublime. When we find something beautiful, Kant thought, we are taking a certain sort of disinterested pleasure in it. The details of Kant’s account here are quite complicated, and I’ll spare you a lengthy discussion of them. Suffice it to say that our experience of something as being beautiful is ultimately a response to the arrangement of its parts: the sequence of notes in a piece of music, the arrangement of colors in a painting, or the curves and lines of a sculpture or face.

When we experience something as being sublime, on the other hand, we are having a very different sort of aesthetic response. Feelings of the sublime come about when we are faced with something so vast that, despite our rational awareness that what we are seeing is finite, it nevertheless seems to our senses as though it is infinite. Kant’s favorite examples of things which seem sublime tend to come from nature: mountain ranges and the ocean are two of those which are particularly relevant to our current topic. The idea here is roughly this. Suppose I’m standing on the side of a mountain somewhere in the Himalayas. Now, I might know, rationally, that the Himalayas extend for a length of 2,400 km. But from where I’m standing, they seem to go on forever — as far as the eye can see, and further still. My experience of the Himalayas, then, is of something which is seemingly (though not actually) endless. This feeling that I am in the presence of something infinite is what, for Kant, characterizes the feeling of the sublime.

Experiencing something as sublime, then, is very different than experiencing something as beautiful. And if Kant is on the right lines about the nature of the sublime as an aesthetic response, then it strongly suggests that it is the sort of thing which is simply incapable of being transmitted by a photograph. This is simply because whenever we are looking at a photograph, what we are looking at — the photograph itself — is physically small. Most photographs today are consumed via the screen of a phone, making them small enough to fit in the palm of your hand. Yet, even when they are printed large, even when they fill entire billboards, they are positively tiny in comparison to the seemingly endless vistas which give rise to feelings of the sublime. Indeed, Kant himself claimed that feelings of the sublime were not to be found in the contemplation of man-made objects: these simply lack the necessary grandeur, the ability to defy our imagination’s ability to represent them in their entirety.

Seen in this way, photographs are simply not the kind of things which can prompt feelings of the sublime, no matter what their subject may be. Certainly, they may be beautiful: well composed, wonderfully lit, and perfectly balanced. But sublime? Never.

This thought may be slightly disconcerting. If Kant was right (and after all, perhaps he wasn’t), then it suggests that part of the drive which inspires landscape photographers to go and take photos in such exotic locations is simply impossible to fulfil. In that respect, landscape photography, which takes the sublime as its subject, is inevitably doomed to failure long before the camera has even been taken out of its bag, no matter how skilled the photographer. Of course, it is still possible to go the mountains and take great pictures. But as for capturing the feelings which such places evoke in us, and which draw us back to those locations (with or without a camera in our hands), well, you really have to be there in person. Previous post ‘My Little Eye’ – 2002’s Nihilistic Commentary on Reality Entertainment [Horrors Elsewhere]
Next post When will Rudolph and Frosty be on TV? See the CBS holiday specials schedule for 2022